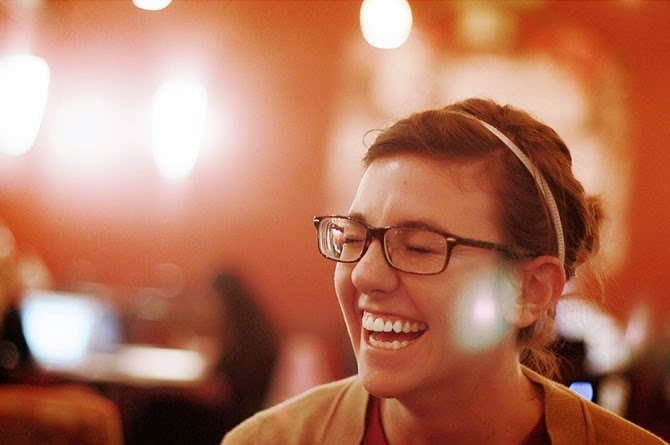 I've been accused of being a little corny at times.  Well, here I go again.

Learning is joyful, it energizes you, it FEELS good.  Or - it should.

It would be strange if a process so vital to our species survival, our family's well being and our individual development was unpleasant, wouldn't it?  Let's compare it to eating, making children, and spending money! And yet among the people I talk to, the experience of learning is anything but.  It is generally described as hard, as work, as something from which someone needs a rest.

In my research I asked 150 adults to describe what maths is and how it is learned.  The funny thing is that if you substitute the word 'maths' with 'dentist' you pretty much can't tell the difference between the two!    Nobody likes it much and nobody really expects to.

I remember figuring out one night that what I had learned about linear graphs could be applied to the handshake question (see previous post).  That's right, I was playing with maths one night instead of watching TV and realised that one area of maths could be used to solve another.  I had transcended the text book (much like Neo in the Matrix). The feeling was - joy.  Not happiness, but a deeply fulfilled sense of contentment mixed with achievement.  Now the maths was not hard, anyone can make the connection (and do everyday), but making the connection is what feels good. What if we could spread this feeling?  What if this was the feeling everyone experienced on educational programmes?  The world would be very different.

The reason I bring this up is because I have made another great finding hidden away in my data.  It's a gem and it makes me feel good to have discovered it.  I'm currently basking in the afterglow.

What I have found is another way adult learners judge themselves as failures - heaping up the opportunities for a loss of confidence, anxiety and feelings of low self-worth.  Where is the joy?

How do adults beliefs' influence their cognitive and affective engagement with mathematics?  Well, another piece of the puzzle has dropped into place.  Perhaps by identifying it, we can begin to deal with it.