Travelling across the country the last few weeks as a part of the workshop series that I have helped deliver, I have encountered many interesting, strange, and useful things.  The next few posts are a few musings about various things I have learned/observed.

I'll start with the least interesting and move to the weird and wonderful.

First, I learned quite a bit about how adults approach ratios.  A key finding is that adults are largely unaware of the need to identify the 'relationship' that exists between two or more quantities.  I have begun using the term 'invisible number' to create some interest about it and basically 'pizzazz' it up a bit.

Lamon (2006) has estimated that 90% of adults are NOT proportional reasoners despite this being a year seven requirement.  That's right - you should have learned this when you were about 12!  Not being so essentially means that you will be forced to learn algebra by memory, not as a meaningful system, and subsequently struggle and perhaps decide that you don't much like it and would rather play with a ball.

Below is a power point I used to help make the point.  The participants were asked to make various ratios using Postit notes.  I showed them the following and asked them to model it with the Postits and discuss where else these ratio may apply. 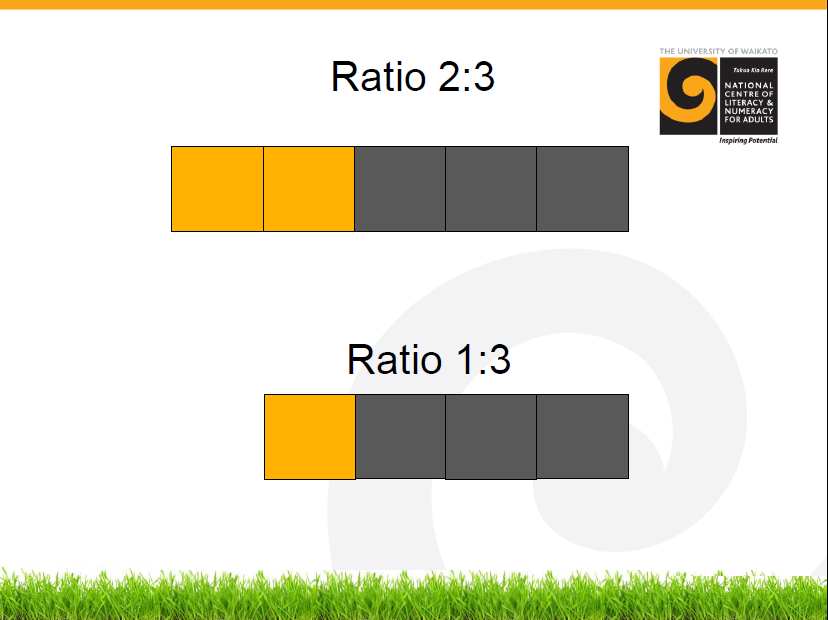 Then I increase the quantities on one side, while removing the other.  They had to determine the amount necessary to add or subtract to ensure the correct ratio.  For example in the Power point below you need to work out how many  Postits would be needed on the right side to complete the ratio.

If the ratio of tan to grey Positis is 2:3 and you have 4 tan Postits, how many grey ones will you have?

Or, imagine you are a caterer.  You are providing one savory and three sandwiches for each person.  The ratio is 1:3.  If you have two savories, how many sandwiches will you need? 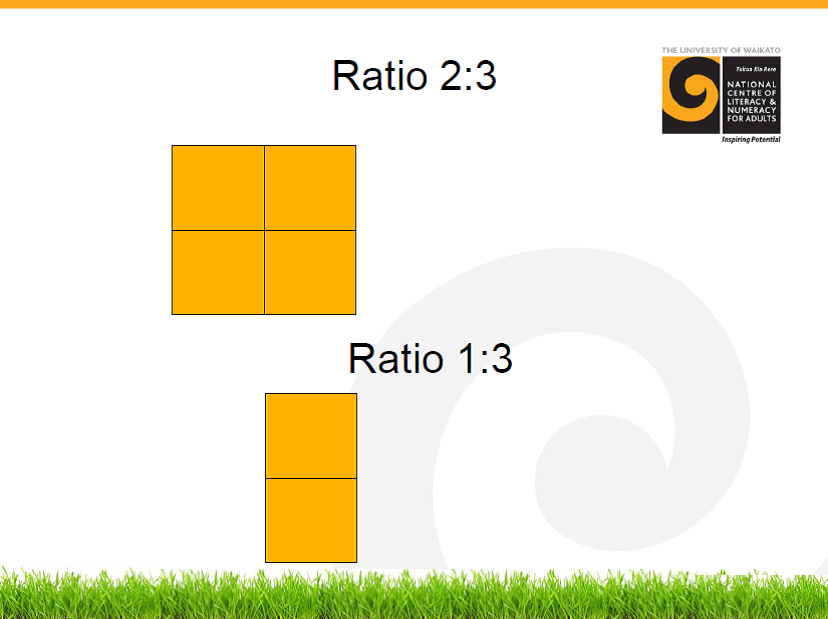 See below for the answer.  The tutors would have discussed this and modeled it with real Postits on their desks. 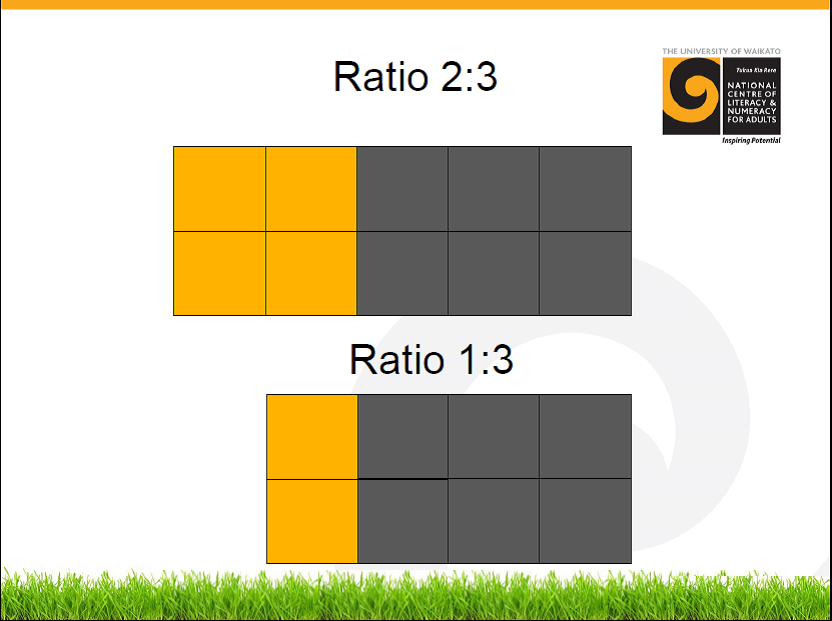 For the 1:3, we simply doubled our amount, hence double the other side also.

Eventually we ended up here. 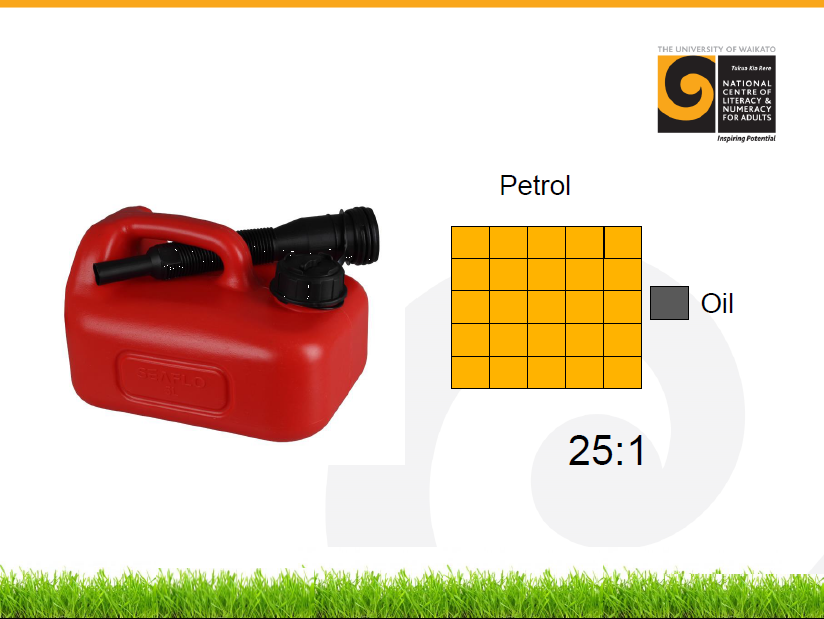 Proportional reason according to Lamon (2005, p.4) includes "detecting, expressing, analyzing, explaining and providing evidence in support of assertions".  The tutoring workforce need to work on this to be sure learners are able to develop these skills.

I'm not explaining it too well but the 'invisible number' idea has legs.  I'm going to develop the idea and phrase some more.  Lets see where this takes us.

My next musing will be about the concrete/cement paradox that you never knew about or cared about.  Until now...
Posted by Desperado at 14:47