What do they mean by 'socialized'?


Parents choosing to home educate their children are asked one question more frequently than any other:

How do you make sure your child is socialised?

It's a bit of a running joke in the homeschool community, as we hear it often.  I imagine this question is rooted in the stereotype of homeschooling.  That is, little 'Johnny no friends' (except for his mum) working at the kitchen table from 7:00 am until 5:00, reading only the classics and never going out into the world.  Except to Sunday dinner with his Granny.  Subsequently, Johnny has no social skills, unlike all the 'normal' children who learned their social skills from the other kids in a classroom.

Its stupid, but when has that had anything to do with anything.

There are three ways to look at the question of socialisation.  I may explore these in further posts (hoping that someone with more time may pick up on and expand the idea).  However, today I am going to use the lens of Foucault. This lens addresses the issue of POWER and AUTHORITY.


How does the notion of 'socialisation' relate to power?


If we attack the idea of socialisation from the stand point of power, we might discuss the notion of a 'hidden curriculum'.  The hidden curriculum is what children in a class learn tacitly, in addition to the overt curriculum.  While engaging in normal school activities such as learning maths and science, they are also learning lessons about the framework of social interactions.  In fact, the framework is probably at the heart of what most people mean by socialisation.

So what tacit lessons are they learning about the social framework?

Imagine a group of children sitting on the mat at school.  The teacher sits on a stool in front of them and begins to read and discuss a story book.  The teacher directs the children to sit, quiet down, and get ready for the story.  Then the teacher reads a page and begins a conversation by asking questions about the page.

There are lots of areas we could investigate but for now let's look at the use of questions.

The questions that you and I are used to are requests for information.

"What have you been doing today?"
"Can you tell me how to get to Straight Street?"
"What are you doing?"
"What did you think of the movie?"

Teacher: What is the dog doing Sally?
Sally: It's sleeping
Teacher: Yes, its sleeping on the mat.

This pattern is the initiate/respond/evaluate pattern (IRE)

Here it is in an adult class:

The teacher kindly stops him, and brings the class back to the topic.

Teacher: No.  The dog is sleeping.  Now, what is the cat doing?

Johnny departed from the pattern by initiating a new idea.  It was not initiated by the teacher and threatens to take the class into an alternative narrative.  The teacher gently brings Johnny back to the task and the class's attention is drawn to the cat.

These examples are real.  It is worth appreciating that almost ALL of the discourse patterns in classrooms follow this pattern - even adult classes.  Some have called it - "The pedagogy of the question".  IRE rules in school, it is the substructure of almost all teacher to learner talk.

What is happening at the hidden level?

The children are learning about authority and power.  The teacher knows validated information, therefore the children must align their thinking and their answers with the teachers.  When they are wrong, the teacher kindly sets them straight by re-articulating the answers he or she wants.  When a child moves out of this pattern, the teacher brings them back through use of discourse.  The children learn that the teacher sets the topic, controls the discourse, already knows all the answers, and will be judging and evaluating all responses.  This is very different to any discourse the child will encounter in the real world.

The children learn the rules of the game.  They learn a multitude of power relationships in a variety of ways.

Now, I am not saying there is anything wrong with this, yet.  But let's see what happens when you don't know the rules of power.  Or in other words, when you are un-socialised.


An example of non-socialised behaviour 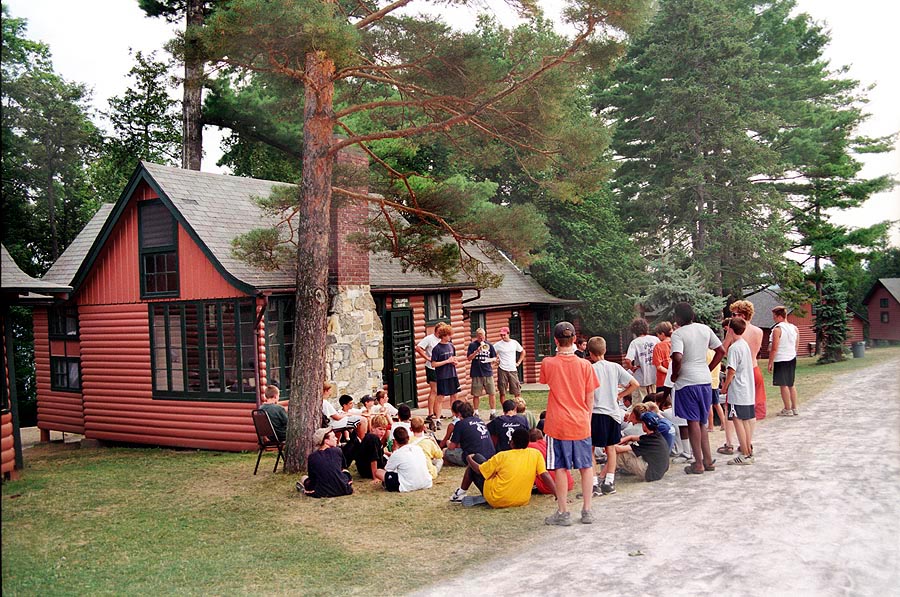 Let me give you an example of my son, not knowing the conventions of school.  My son was aged 8 and had never been to school.  My son is smart, polite, interested in learning and is at ease in any social environment.  We went to a camp and all the children were asked to sit on the mat while the leader went over the rules.  I watched with interest as my son copied those around him, sitting and conforming to the pattern.  This was his first time in such an environment.

When the leader started talking to the group, he talked to them like he was talking to an individual.  He began with an introduction and then moved to talking about the rules of the camp.  He made frequent use of rhetorical questions.  By this I mean, he looked right at the group and asked "Now what's going to happen if you don't clean your rooms in the morning?"

My son answered him aloud with a rational answer, "We won't be able to have breakfast?" [this had just been stated by the leader].  The leader did not answer or acknowledge him but kept on speaking, answering his own question.  Clearly, the children were not meant to answer the question.  All the other kids knew this.  I watched as my son struggled with this strange response, and then continued to answer the questions as you would in a conversation.  In his whole life experience when he was spoken to by anyone, who asked him a direct question, he would answer.  It was a dialogue.  When spoken to by an adult he would answer.

[Now, I could see that the other parents were wondering why my son was talking, and whether he was going to be a behavioral problem during the week!  To be fair I probably would have suspected this too had I not known my son.]

My son continued to answer a few more times before looking around and seeing that the other boys were remaining quiet, and that he was completely ignored by the leader despite being heard.  Then the leader asked another question and several boys raised their hands.  The leader waited a moment and then pointed to one lad with his hand up.  The boy gave an answer, and the leader said 'yes' and then off we went back into the talk.  Lesson learned.

The other strange thing, was that the leader rewarded the group for being quiet (the quietest boy got a t-shirt!) and berated them for making noise.  In fact they had to demonstrate sitting quietly before being allowed to move to an activity.  In our house you are encouraged to talk, and the idea of not being allowed to talk is just weird.  I watched as my son quickly became socialised into the framework by learning the rules of the game.

To be socialised means to know, and obey, the rules of the game.  In this case, the rules were as follows.  Do not talk.  Do not answer questions, unless the question is said with a certain tone and intonation - then put up your hand and wait to be selected.  Sitting up straight, with your arms and legs folded will help you get selected.  And do not speak at anytime, if you want to be picked to answer a question, (and clearly being picked to answer a question was a privilege).  Be quiet and don't engage with the speaker, just watch.  Raise your hand when you are want to demonstrate your obedience.  Theses are the rules in this environment.  Becoming socialised is learning, AND obeying, these rules.

Of course, all of these classroom norms (rules) are designed to limit the disruptive influence of impulsive children.  But all children, impulsive or not, are subject to them.

To my distress the normal relationship my son was used to having with adults would not be happening at the camp.  A new framework was in place that impacted his relationship with others.  It was now hierarchical.

But here is the thing.  In all my sons previous experience he would engage in equal discourse with others, adults and children alike.  But now he was not allowed to talk, or respond except within controlled rules.  He had been demoted, he had relegated to a sub-category of people.  A group spoken to, but unable to speak back.  A group that had a set of rules that the adults did not have to obey.

Moreover, the leader had not raised himself up to a position of authority, but rather my son was demoted from the status of an equal, to a follower of abnormal social rules.  Welcome to camp!

Again, I am not saying this is bad.  I know and appreciate that we all have to learn about staying quiet in certain environments to facilitate the communication of information.  But to see it in all its starkness was actually quite confronting.  And no, I am not a hippie who does not believe in authority (the opposite in fact).  I saw my son being ignored and treated as a lesser, and I saw his confusion.  He didn't fight it, within a day he had picked up the rules.  He no longer tried to talk to the speaker when in a group.  It took my son about 5 minutes to become socialised to the rule system because he desperately wanted to get on and have fun.

So, what does it mean to be socialised in regard to school norms?  In one sense it means accepting, accommodating and conforming to power hierarchies.


Here is a question though.  Is there a down-side to being immersed in these hierarchies?

If you do not have strong enough contrasting models in your life then 'yes' there is a huge down-side. To be immersed in a sociocultural environment that establishes this pattern for the first ten years of your life is hard to escape, even with good role models.  I have worked with hundreds of adults who remain trapped within this framework.  I have worked with hundreds of employees who also remain trapped.

This experience touches on crime, welfare, education and self-determination.  It concerns how one takes action, seeking either to circumvent authority, to align with power, or to usurp and re-establish power.  I could talk for much longer on this, but would be interested in others thoughts.