Tutor attrition rates - Too many elephants in one room

I would love to see the data on tutor attrition rates in educational organisations. I wonder if we would see patterns?  Do tutors leave in packs, or two or three at a time? (Or more!?) Do they tend to leave in the latter part of the year, or the beginning?  What programmes do they leave, and what was the quality of the teaching in the months prior to this? Is it following significant changes in their class make-up, such as age, or skill level?

Having invested over half a billion dollars into adult literacy and numeracy provision it would be good to know, particularly in light of the research I'm going to review.

A simple question might be: Are high tutor attrition rates indicative of highly effective or ineffective organisations?  And, is the impact on learners positive or negative?

Here is something else to think about regarding replacing tutors:  Is a new tutor as effective as an experienced one?

Some people think that new tutors bring new energy and that this makes up for a lack of experience.

If I was in an arguing mood I might say that I would rather have an inexperienced new energetic tutor rather than a tired old experience tutor.  But I would be wrong.

What happens if we consistently swap experience for energy? Read on! 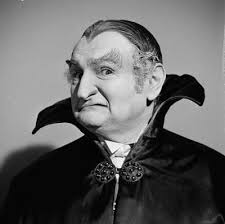 Yes, it is. But only in a 70's vampire flick way - in which the new blood feeds the monster that will kill us all.

Alan Schoenfeld's extensive work with teachers provides some troubling findings.  He found that up until their fourth year teachers were primarily focused on mastering classroom management. The actual educational gains of students were low, because the teacher was attempting to master the demands of running a class and learning the system. In some cases this devolves into praxis shock when the teacher is never able to teach properly because they fail to master the management skills.

The next four years of a teacher's career were focused on learning content.  They needed to master what they were teaching.  Let's call this content knowledge.  Again, the learner gains were very limited. The teacher's attention is split. Keep in mind that the learning outcomes of learners are below average during these years (that's eight years!)

The next four years were spent mastering pedagogical knowledge - actual teaching to students.

Consequently, it takes 12 years for a fully trained teacher to begin to teach students really well.  And this is with a teaching degree, support and constant PD.  Not to mention regular pay rises and a supportive organisation (we assume).

It doesn't bode well for the adult sector


I suspect our sector has about a three-four year turnover period for tutors. Several years ago it appeared to be less. There is little hard data so this is based on my observations.  I constantly ask groups I work with how long they had been in their jobs and typically one quarter are within their first year, two quarters between one and five years, and the final quarter 5-7 years. This is not a scientific approach, and these results will change based on wider employment trends. Given we lack the data it'll have to do.  [Update - I have seen some 2017 data that would suggest tutor turnover is less, and that the average length of employment was in the range of six years. However, this was taken from a self selecting group and therefore is not generalisable and probably idiosyncratic of the group.]

However, it is not hard to see that tutors are occupied with mastering classroom management and administration knowledge in their first few years. Then comes developing content knowledge, and finally, trailing along behind comes the vital pedagogical knowledge. According to Schoenfeld pedagogical knowledge only begins to really develop after EIGHT years! It takes 12 years to develop the range of skills required to be truly effective [based on evidence not conjecture]..

To be blunt - tutors are struggling to get a handle on the job and leave before developing high quality skills.  Consequently ‘at-need’ learners (the most demanding across all spheres of education) are not receiving the quality they require.

The turnover erodes learner progress, tutor development and institutional progress. It is one of the elephants in the room - and it is undermining our investment.

So let's talk about why tutors leave.


I believe the reason tutors leave is twofold:  First is the growing discrepancy between their actual work outcomes and the demanded work outcomes.  Most tutors enter the sector because they want to help people get more out of life.  This is the real reason they are in the job, or at least a large part.  This can be called the 'actual' outcome.

Demanded Organisational outcomes (off the top of my head)


Now I know it is not as easy as all that.  But my suspicion is that the tutor role no longer reflects the values that attracted people to the role in the first place. Hence, the stresses of the role are no longer equally balanced by the positive side - and people simply leave (actually, the people with options leave).  All jobs have aspects that we struggle with, but those tensions are balanced by other positive factors.  The tutoring role is out of kilter.

Many years ago during my degree I did a case-study of an organisation that was having difficulty with staff. Upon investigation it was clear that the staff had gotten themselves into a cycle of complaining and this cycle was now self-perpetuating. The staff worked hard and well.  But when they got together the conversation always gravitated toward how bad things were getting.  Any negative thing that did happen tended to be taken as evidence that the whole organisation was negative. Management was largely absent but because the staff were highly committed they continued to perform at their very best.  The management were unaware but the staff as a group were on a downward trajectory.

Long story short, I interviewed staff and came up with some solutions based on some theories I was using (mostly motivational theory). The main solution had to do with the personality, traits and motivational make-up of the tutors.  The tutors were short term task oriented, yet highly relational.  They were motivated to make a difference for their students - not motivated by money and not by achievement.  What did they need most?

I designed a plan based on the make-up of the staff and also drawing on Herzberg's two factor motivation-hygiene theory.  To my mind this is one of the most valuable ways of looking at the PTO sector. Look it up if you don't know it.

As a part of the plan I designed a meeting every two weeks with each staff member.  This would I believe have interrupted the cycle.  But it had to be personal and face to face. Group rewards were ineffective with this group.  For example, a group trip away as a thank you to everyone would not be effective (this turned out to be a hygiene factor rather than a motivational factor).  They needed individual affirmation.  It had to be real and specific.  Any hint of in-authenticity would blow it. It didn't require money, it required genuine appreciation of a job well done from a senior.

The managers did not do this.  They had their reasons.  However, key staff members dominoed out the door. Once one person left, they all went.  I have seen this happen about five times now in the same situation and sector.  The organisation then has to recover and this takes time and hurts learners.

The second way to begin to slow down turnover is to do some thinking around progression plans.  Tutoring has become a terminal job.  That means no pathway of progression.  It means anyone with aspirations must leave the position to get ahead.  Anyone who needs to save money must leave to get ahead.  As part of an annual review the organisation MUST build in a progression for the tutor.

You can also choose, as many do, to simply let tutors leave and train new ones. But in truth we are kidding ourselves if we think this is a sustainable strategy.  This simply places huge strain on the new tutor (see issue one) and on supporting staff.  But here is the kicker:  The learners will not learn.  You may get them through units, but these skills will be gone within 2 months.  You may get them jobs (great) but you will not have improved their skills.  You may have inducted them into a way of behaving, but you have not improved their skills.

The pressure will be coming on soon for PTEs to produce 'real' learning outcomes. I think the recent evidence that increased achievement rates (such as the 2017 NCEA results) do not reflect real learning in literacy and numeracy, and the increased ‘leaks’ around institutional pressure to pass poorly performing students. For example, the next 'crisis' will be the discrepancy between units held by learners and their actual skills.

There is a change coming (we have already seen the start of it) and those organisations that don't begin the transition to become real education organisations will not make the grade. Mastering the art of moving learners through unit standards will not be preparation for the next wave.  Those credits will have to reflect authentic skills development. That means if you re-assess any learner in 6 months they should easily pass the assessment.  Ask yourself, what if you reassessed all your learners right now on the units they have passed, with no teaching or support, would they easily pass the units?

We need professional tutors, who want to do this for a career.  This may require an entirely different business model in order for current funding streams to make this possible.  I have some ideas - would love to hear others.