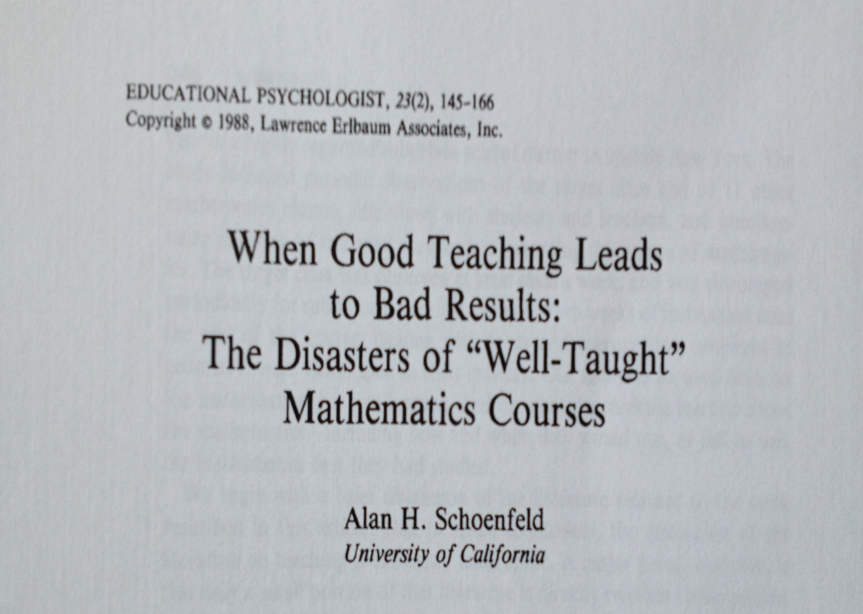 The article on the right was one of the first that began to change my thinking about education and maths in particular. This article asked this question: What if traditional math education, that was taught well, was harmful to students?

The answers would likely surprise you.  You may think that Schoenfeld was talking about damage to emotion or self-worth.  He wasn't.  He was talking about how attending well taught maths classes turns students into poor mathematicians.

Schoenfeld makes a convincing point that a 'well-taught' class teaches two things; content, and beliefs (he calls these 'orientations').  The content is the stuff people are aware of.  The beliefs however, are built into the architecture of maths lessons, curriculum structure and content approach.  They are woven into the classrooms' historical, cultural and social dynamics and they shape the belief systems of the individuals within them.  They are obtained by recognising and internalising the sociocultural norms of maths classes - in short, the things that are valued in maths classes and the accepted way that things are done.

The troubling part of this is that these beliefs run counter to the behaviours and dispositions that good mathematicians possess.  That's right - maths classes not only do not teach your child to be a mathematician (in the broad sense of the word) but develops within them a belief system that sabotages your child's future maths ability.

While students learned how to solve sums and canned mathematical problems provided by text books and teachers, they never learned how to use mathematics to inform real life decision making.  I mean, think about this, we all spent at least ten years in classes with trained maths teachers and almost none of us USE the very tool we were supposedly gifted from the education system.   Other than the maths we have to use, we generally do not apply the skills we were meant to possess.  What other subject has been so monumentally wasted? 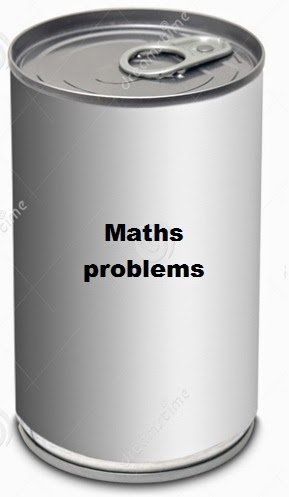 So, here is an interesting maths problem - work out how many hours of your life you spent in maths classes over the course of your schooling.

Then imagine that you could have those hours back and invest them into any educational subject you wanted. What would you choose and would you expect a better outcome from those hours?

Being VERY conservative my number is about 1300 hours (upper range about 1800).  1300 hours of straight math instruction, minus homework.  If only I could re-invest this time.  Because by any cost/benefit analysis I can think of, what I got for those 1300 irredeemable hours of my life simply wasn't worth it.

So, if this is the situation for the central bell curve of learners, what about the poor students at the lower end of the curve.   What do they learn, retain and actually use?

In 1984 Schoenfeld sounded the alarms, in 2014 nothing has changed.

Something has to change.