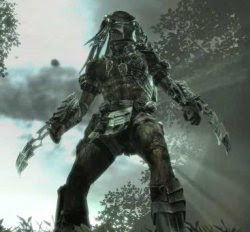 
What's the point of improving your maths and numeracy skills if you don't use them to do something sensible?

Grew up thinking about how I would deal with the Predator alien. Let's face it - ya gotta be smart. Here is how.

As Sun Tzu noted you need to take advantage of the differences between yourself and your enemy.

Thinking about how to equalize number one is pretty simple. You must battle the Predator in muddy, swampy terrain.  Predators are big and heavy - this will work against him in deep mud.  If you could possibly drop him into a pit of mud you could trap him.  If not, make sure the general territory is as muddy as possible.  The more he places his foot down to push out the more he sinks and all that muscle tires him out.

Second - Use bridges with breaking points between your body weight and his.  This means that although you can run over a bridge, he will collapse it.  Great way to evade and trap him.  Punji stakes anyone?

Number four is a huge advantage to us - balance.  The Predator has a big fricken head.  His center of gravity is way too high.  Should be able to get him off balance quite a bit.  A log bridge tied by ropes that you have to walk along as it moves (like at the playgrounds) will cause this guy problems.  If his feet move out from directly below him he'll fall over.

Number three - Blind spots.  No wonder he is so mad.  Look at those little deep set eyes.  No wonder most of the technology has gone into the battle helmet - the dude has a field of vision of about 60 degrees.  That gives you 300 degrees to bust him a new one.  The dude is constantly wondering who is sneaking up behind him - probably explains their whole hunting culture.  They got so annoyed at being snuck up on they decided to dedicate their lives to the hunt.  Really just bitter little people.

My point - and challenge

Moving along... The way to beat the Predator is to plan and set a trap that destroys him.  Now there are lots of complicated traps but I think Arnie had it right.  Drop a great big tree on his head.  Pummel him into the ground.  Forget spikes, and swings and trip wires.  It's got to be massive blunt force trauma.

You are in the forest and have one night to prepare.  You find a sweet bottleneck area flanked by two tall trees and there just happens to be a massive log lying there on the ground.  The log weighs 200kg.  If you drop that on the Predator - it is history.  There is also a huge tree with a branch that will hold the weight 20 meters up.

Equipment:  You have in your bag, two pulleys and a fifty meter rope.   You have a knife and you are able to climb the tree.

How do you get the 200kg log 20 meters up?  Let's just say you are a normal guy.  How are you going to lift that sucker so it hangs just below the branch?

If you work this out - you may live.  If not, it'll be you hanging from the tree. 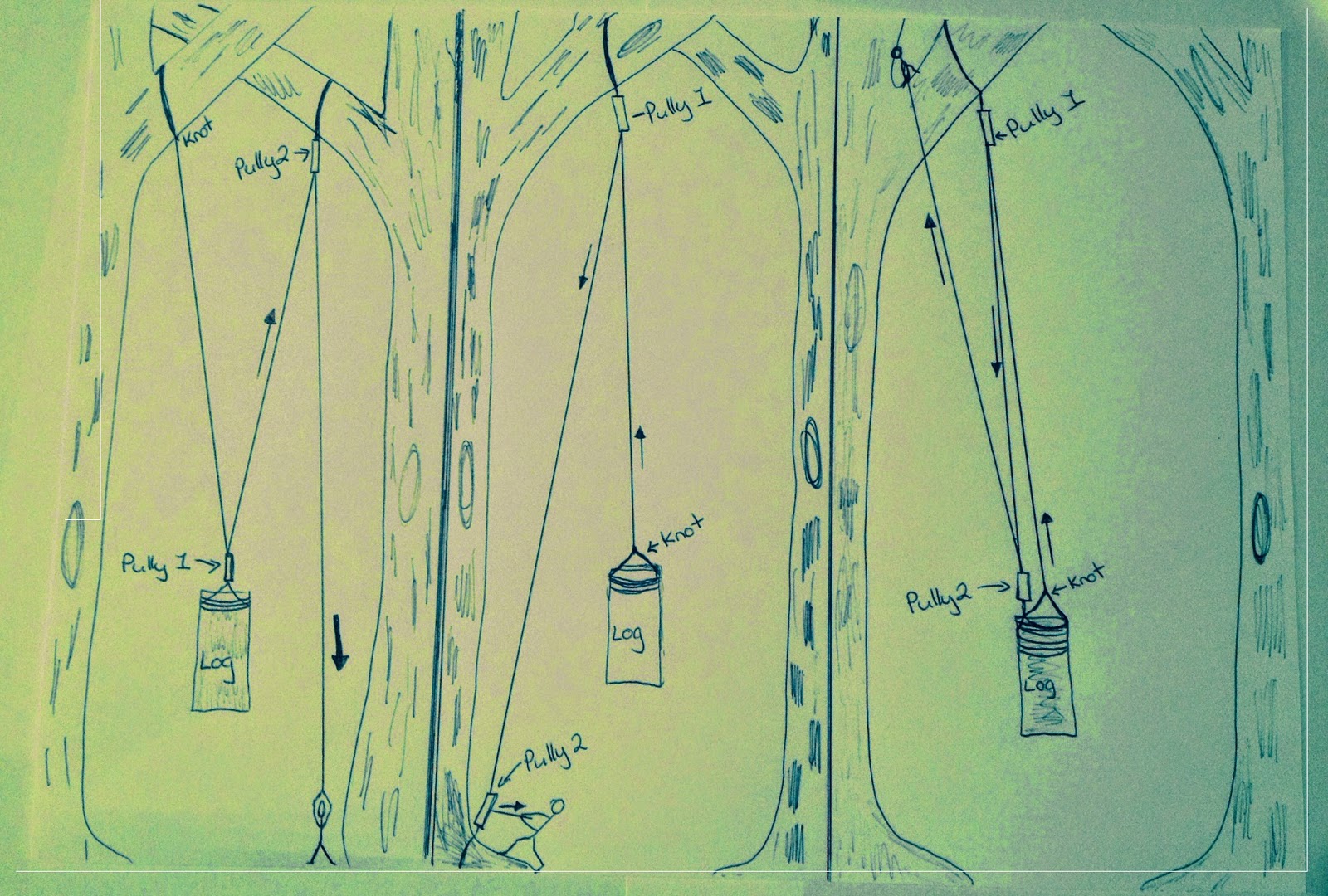 A rookie mistake is to tie pulleys to immovable objects.  The key point to maximising the power of pulleys is to make sure you change the ratio of distanced pulled to object moved.  In other words, the pulleys should move toward each other.  The difference is power.

But what about picture number three?  Better or worse?

I have run some maths classes using pulleys.  It's great fun and allows learners to experiment and also creates lots of possibilities for maths exploration.  Ratios of pull to lift.  Ratios of distance pulled to distance lifted etc.

Final thing, Arnold lifted the log using vines and no pulleys!  Although he did use a fixed branch as a pulley.  Of course this only increased the friction!  Come on Arnie, Think!  Lucky he has those massive arms.