Enforced conformity and the role of home educators


John Stuart Mill is one of my heroes.  He formulated the greatest defense of freedom every written.  His book 'On liberty' has shaped my thinking ever since I first read it. I have read the first chapter many, many times and come away richer every time.  The rest of the book is pretty good too (in fact it's awesome).


In one section Mill talks about 'eccentrics' and how they are vital to our survival.  Here is why:

Eccentrics are defined as people who do not do things in the accepted way.  They are the odd bods, they are the square pegs in round holes, they are the strange, the different, the weird.  They live their lives by different rules and norms.  Mill loves them - so do I.

For example, if the common societal belief is that washing in water is unhealthy and some guy comes along and starts washing regularly and doesn't die - then this shows the population that they may be misguided.

Let me give you another recent example.  The accepted social norm is to send children to school.  An 'education' is considered a right in NZ, and every child MUST be educated.  NZ society has barely deviated from this for 100 years.  It is such a social norm that for most people not sending children to school is inconceivable .  NZ being a semi-free country, parents are allowed to educate their children at home.  That is, parents with no educational experience, are allowed to home educate their children.  Yes, they do have to meet some criteria.

Back to Mill.  Mill said that without eccentrics conducting 'experiments in living' we have no evidence to support our choices, our choices are in fact not choices but simple compliance with social pressure.  In other words - we think we are right because everyone else thinks we are right.  We could just as well have been complicit with any society that condoned evil behaviour because it was socially acceptable (insert any society that endorsed evil practices).  Ours just happens to be less evil, but only through luck, not moral strength. 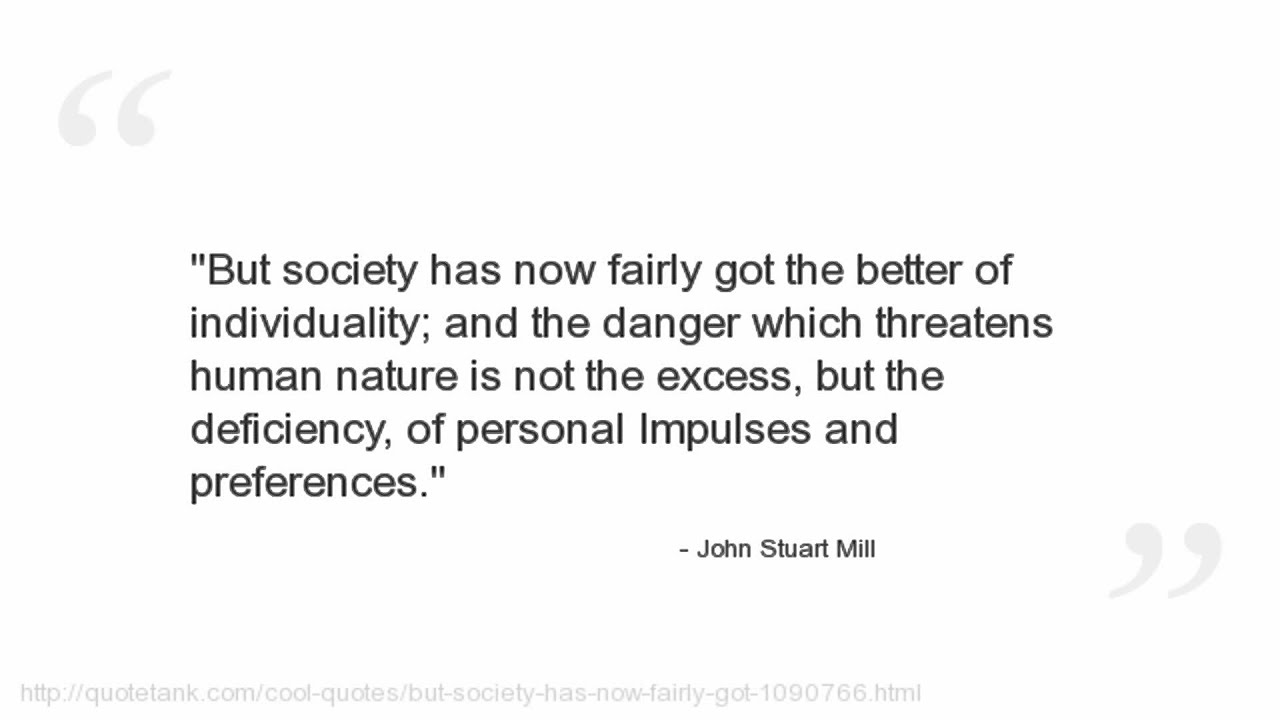 Without evidence that your choices are good, they are simply biases.  Mill says we need more unique and challenging individuals rather than a society in which we all slowly conform to one another.

So, we have some people in society that fly in the face of a persistent social norm.  Home educators are the eccentrics.  They are doing something different and against the 'common sense' of society.  How could parents, without the resources of a school, and without educational training, educate their child?  How would their child compare with those in school?  What will become of the poor retch?

And here is where Mill's argument is so powerful - sometimes the eccentrics demonstrate that the accepted way of doing things is wrong, wrong, wrong.

The few studies that try to compare the home educated with school educated graduates are in favour of the home educated.  Home educated kids appear to be academically ahead of their schooled peers.  Not because they are socially challenged - they are just as weird as the kids at school.

Because of this surprising outcome, that home educated kids do better than those in school, according to Mill, we (society) should be examining our beliefs about education, big time. Teachers being out performed by parents, in less time, with less money, with less education, is strange.

Some families are eccentric - they have home educated their children in an age when this is not a social norm and often looked down on. And their exercise of freedom has paid off.  We should be asking some questions of our education system and social norms.


I dare you to read chapter one of 'On liberty'.