Why smart people perform poorly in some situations 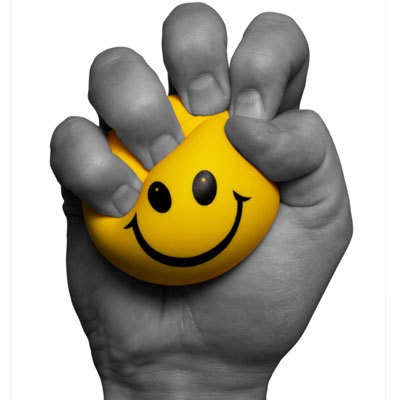 One of my interests is understanding why smart people show impaired performance under certain conditions, particularly in maths or numeracy.

A quick example is when you sat your driving test.  The presence of the driving assessor and the fact that they were judging you impacted your driving.  The cool confident you went away for a while and was replaced by a bunny-hopping, sign missing, break slamming fool.  When you got back into the car by yourself, the cool confident driver returned!  Hopefully your inept self was still good enough to pass the test.

Below are a couple of really interesting lines of research that demonstrate how simply raising or changing the stakes impacts performance.  My point as we move through this is that the 'meaning' you place on your performance in any situation dramatically changes the nature of your results.

These are quite complicated and I'm suffering a cold - so bear with me.

Research shows that if people associate with a group that suffers from a negative stereotype then they will perform poorly in tasks in which their inclusion in the group is made salient.  For example, a generation or so ago, it was a stereotype in many countries that men were better than women at maths.  Today, we have a stereotype that Asians are better at math than most other ethnicities.

How might this be used to lower performance?  Lets look at one example and see if we can spot what is happening.  If you tell a group of Asian women that they stereo-typically struggle with the English language (a common stereotype), they will perform lower than a control group of Asian women in an immediate vocabulary test.  But, if you tell Asian women that they are stereo-typically good at maths, and then get them to do a maths test - they will score higher than a control group of Asian women who were not told.  This effect is not only found within ethnicity or gender studies (although they are the best IMHO) but also found within socioeconomic groups and class groups.

The question is why?  Why do people perform lower than they are really capable of?

Let's look at an experiment that demonstrates the effect.

To test our hypothesis we have four groups: A = women (individually anonymous); B = women (identifiable) , C = Men, D = control group of women


Control group of women not told anything, just taking a maths test.

'Group-threat' is the idea that a group you identify with will look bad if you under-perform.  It is most often seen in gender studies with women but found in a wide variety of groups.

In the scenario above we see the effect of group-threat.  The women in group A (even though they are individually anonymous) feel they are representing their entire gender.  Guess what - they perform lower than the control group.

The threat of being responsible for confirming a negative stereotype of a group to which they belong raises anxiety levels which lowers performance.

But not as much as the next concept - self-reputation threat.

Group B - this time their individual results will be made public.  Yip, their name will be on their score (yuck). So not only would a low score confirm the negative stereotype of women as not as good as men, but also the score would be traced back to the individual.  So how would women perform under these conditions?  The answer - they performed significantly lower than the control group and worse than the 'group threat' (group A) group above.

These results have been replicated across different contexts and groups including ethnicity, socioeconomic groups and gender.  Yes, men get hit just as much.

In short - both groups A and B performed lower in maths simply because their results were linked to confirming negative stereotypes.  Interesting huh?

Note:  The stereotype effect above is only one of MANY such phenomenon.  The research on anxiety (test and math) shows its effect is so extreme that it has been called a learning disability by many (more on anxiety in a later post).

Thoughts about level one and two tertiary sector numeracy testing

If I tell a group of lower socioeconomic youth in a class that their maths scores are stereo-typically lower than another higher socioeconomic class and that their scores will be compared, and that they will be individually identified, their performance will drop significantly.  And guess what - I don't even have to tell them, I just have to make their group identity 'salient'.  It doesn't even have to be explicit.

Likewise, the other group will show a 'lift'.  I didn't mention it but a similar effect is found in the opposite direction.  Groups stereo-typically better at maths, will score higher if the individuals self identify with that group.  Eg, tell the men in the experiment above that they out perform women and that their scores will be compared to the women - and they will score even higher than if they were told nothing.

We become what we think we are.

What this means for you

What stops you performing less well than you should is anxiety.  Anxiety is complex - it has an affective dimension and a cognitive dimension.  That means you feel it and think about it.  A double whammy, so to speak.

But the cause of this anxiety relates to what you believe your results 'mean'.  If I add meaning to your maths results - for example, that they mean you are 'less' than others, that you are part of a 'lesser' group or that the results may 'mean' you are wrong about your ability - then you will operate under anxiety and perform lower.
If you think failing to master chess at the first few games MEANS you are no good at chess you are vulnerable.  If you think (or thought) that being bad at board games MEANS you are not smart as others you are vulnerable.

We become what we think we are.  This is worrying because so many of us carry secret little doubts about ourselves.  Certain situations can pull on these doubts and mess with your head.  As educators, parents and friends, we have the power to help people frame themselves and set people up for success.

Remember, you are a miracle, you are super smart and you are going places!

More on this later.  If you want to read more about this check out: