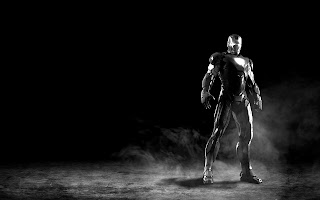 Here is how I did it.

The preparation
This morning I videoed myself and my trusty fish tank out in the backyard.  I filmed the fish tank and an empty one litre milk container and asked:
How many of these one litre containers will it take to fill this fish tank?

I then began to fill the litre container and tipped it into the fish tank. Fourteen litres later and it was full.

The execution
In class we discussed area and then volume.  We had already spent time working on using measuring tapes, and all their associated features.  We had measured desks, walls, ourselves etc and converted the measurements from metres to centimetres to millimetres.  We were pumped.

I brought out the fish tank.
“Oh here we go again” said someone.
“That’s right, and this time I bought lollies to bet with”, (External motivators are always a mistake but I couldn’t resist).

I showed them the litre milk container and the fish tank.  “Your challenge” I said, “is to work out how many litres of water it will take to fill the fish tank”.  I then showed my beautiful videoing from the morning but paused it as the first litre hit the tank.
I had almost instant engagement.  People guessed at first and then some actually began to measure!  Height x length x width.  Students had difficulties around writing down the length, but asked each other and came up with some great solutions.  We also had difficulties around the thickness of the glass.  Do we measure from the inside or the outside of the tank?

In the end we wrote up every groups’ measurements on the board under length, height, width.  They were all pretty much the same (better than I had thought) and some were a clean centimetre apart (the glass was 5ml).  I asked why this might be and got some good answers.  Most had thought about the thickness but were not too sure what to do about it.  I suggested multiplying the thickness of the glass by two and subtracting that amount from each measurement.  Writing this algebraically will be in next weeks lesson.

We then had to work out how to enter the three numbers into the calculator.  This was another great activity.  We had something like:
22.6 x 29.5 x 21.6

The next bit was awesome – learners wanted to know what the number meant!  Ha ha – victory.

We discussed that it meant 14400 little cubes of square centimetres could fit into that fish tank.  We did a visualisation trick – Imagine we had little frozen cubes of water one centimetre by one centmetre and began to stack them in there…

The next question was how this relates to the litre.  I explained that one millilitre occupies the same space (at sea level you numeracy geeks) as one cubed centimetre.  So we need simply work out how many little cubed centimetres fit in the litre bottle.  We got one thousand and then figured out we needed to see how many thousands fit into our big number.
The students simply read the first two numbers of their answer (some thirteen some fourteen) which was pretty clever I thought.
We locked in our answers, placed bets with packets of Smarties and let my video roll.  The class stayed five minutes late just to see the answer.  Cool.


One learner found it pretty tough and left feeling discouraged by the lesson.  It was too much and I pushed him too far.  Stink.  He is really smart and making great progress.  I may have introduced this before really building the necessary skills.  My idea was that it would help them think about the skills they need to learn.
Posted by Desperado at 16:20