Some initial findings regarding the theme – Emotion and attitude 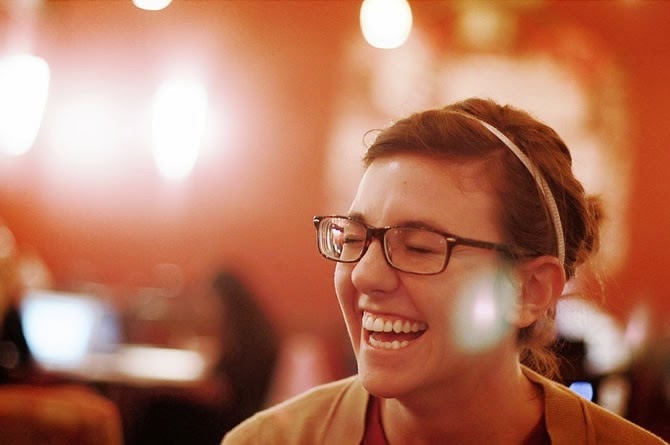 Having spent the last two months analysing and gradually synthesising the findings from the observation data I’m beginning to make some progress.  Below is an very early overview of findings relating to the theme ‘emotion and attitude’.

Method
I coded and analysed ‘expressions of affect’ which include external expressions such as emotionally expressive words, interjections and exclamations, eye contact or lack thereof, facial expressions and multiple modes of body-language.  Interestingly, the majority of emotive speech happened privately between two learners or as self-talk.  Without the use of multiple microphones the entire range of emotional expressions would have been 'under-cover' of the layer of audible classroom dialogue.

The expressions can be broadly organised by the responses at consistent routines of the each lesson.  Most lessons I observed were structured in three parts.  These were: the initial introduction and demonstration of the skill/method/concept to be learned; learner application/practice - usually in groups; review, discussion and evaluation and marking of learner work.

Findings
Anticipation of failure
Learners reacted strongly to being compelled to participate in numeracy lessons or activities.  I’m struggling with the word ‘compelled’ but given the negative emotion expressed most adults would simply leave if they could.  There are reasons why these learners don’t which have to do with PTE attendance procedures/rules and sociocultural pressures.  When tutors introduced the topic learners become visibly anxious, exclaimed their hatred of maths or their poor historical performance with maths and often begin to withdraw their participation.  I’ve linked these responses to the concept ‘anticipation of failure’.  The anticipation of failure has links to learners’ prior experiences.  Learners anticipate re-experiencing the worst aspects of their mathematics experiences.  This answers one question: do adult numeracy environments activate mathematical beliefs?  Without a doubt.   I have been playing with the term ‘emotional inertia’ to describe how difficult it is for a tutor to positively engage learners in numeracy.

Emotional investment
The second part of the lessons (Learner application – group problem solving) evokes emotional responses also.  But here they are a mix of positive and negative.  On the positive side many learners emotionally invest into solving tasks, they work hard, persist and care deeply about the results.  They appear motivated by the desire to demonstrate to others and themselves how good they are.  They want to be the best and as such are performance oriented.  These are the learners that challenge tutors, they are usually the best in the class and interact the most with the tutor during numeracy sessions.  They care deeply about being right and will work hard to be so.

Learners also express negative emotions during problem solving phases of lessons.  Often they become overwhelmed by the complexity of the task and disengage.  These learners often are the hardest to engage as they withdraw at the first sign of difficulty.  These learners have deep doubts about their ability and are motivated to avoid losing status.  If the task looks like it could possibly damage their image they choose not engage.  Other learners do engage and become frustrated at the lack of progress (they often resemble the positive emotion described above) but these learners are motivated by the desire to get the job done.  They want to finish the task as quickly as possible.  When it proves to be a challenge and they feel they are no longer moving toward completing the task they begin to get frustrated in a negative way.

Loading meaning onto correct/incorrect answers
At the third phase of the lesson (during which the tutor works through the answers) all learners who have completed the tasks are fixated on the tutor and answers.  Many learners describe themselves as either ‘math people’ or 'non-math people’.  Many adult learners use numeracy classes to either verify their existing identity or to reconstruct it.  Hence many learners ‘load meaning’ onto their answers.  When they have an answer it is not just a quantitative answer to a quantitative question rather it represents whether one is ‘smart’, ‘intelligent’, ‘good at maths’ or ‘bad at maths’.  There were occasions in the observations where learners who got answers wrong had huge emotional responses and withdrew participation from that point on.  For these learner’s getting the answer wrong confirmed their historical recollections and beliefs that they are not intelligent.

In summary, participating in numeracy is highly emotional for almost all learners whether they are ‘maths people’ or 'non-maths people’.  Learners load meaning onto what happens in the class, how they learn, the answers they get correct, and the answers they get incorrect.  Adult learners care about their performance with maths and numeracy.  This is a huge opportunity for educationalists.

The question next is:  Why do learners care?  What do they believe about numeracy and mathematics that makes it so meaningful for them?
Posted by Desperado at 14:07